And so it began, early cab to T5 for a pre-trip client call in a noisy lounge. We’d won the pitch, great start – let the celebrating commence! Cheeky Bloody Mary to prepare for the onslaught and we’re away.

After a short hop over the North Sea, a spot of queuing in passport control (where was my Swiss passport when I needed it) and a non-covid friendly how-many-people-can-we-get-in-an-airport-lift world record attempt, we were on our way to Amsterdam Zuid to dump our bags. Quick freshen up then off to activity one, a boozy boat cruise along the canals. The previous day had been King’s Day – probably the biggest party day in Holland and you could tell – there was definitely a stillness hanging over the city and the feeling that there were a lot of sore heads behind the closed wooden shutters. After a gentle meander under countless bridges and several Heineken tinnies later, we arrived back at our point of embarkment – a mad dash to the nearest public convenience/floating Chinese restaurant ensued – Max had been the only one brave (or desperate) enough to use the very public loo on board.

Next stop, north of the river for hipster refreshments courtesy of Oedipus Brewing and a slap up meal at the industrial-chic Stork. The rest is fairly blurry but I have vague memories of dirty chips and a late night sausage – standard Thursday night. The next morning there was talk that I’d swiped Holly’s sausage but I’m yet to see proof.

Friday morning and after an extra cheesy and hammy breakfast we were off again – this time on the only way to travel in Amsterdam – two wheels. We picked up our ‘sit up and beg’ Dutch stylee town bikes, split into two groups and pedalled off with very little idea of local road etiquette. Our guide was beyond laid back and not the most informative – probably his most memorable comment was ‘I could not care less about Banksy the Bristol boy’ as we cycled through the majestic arch of the Rijksmuseum to the accompaniment of a local playing an accordion. 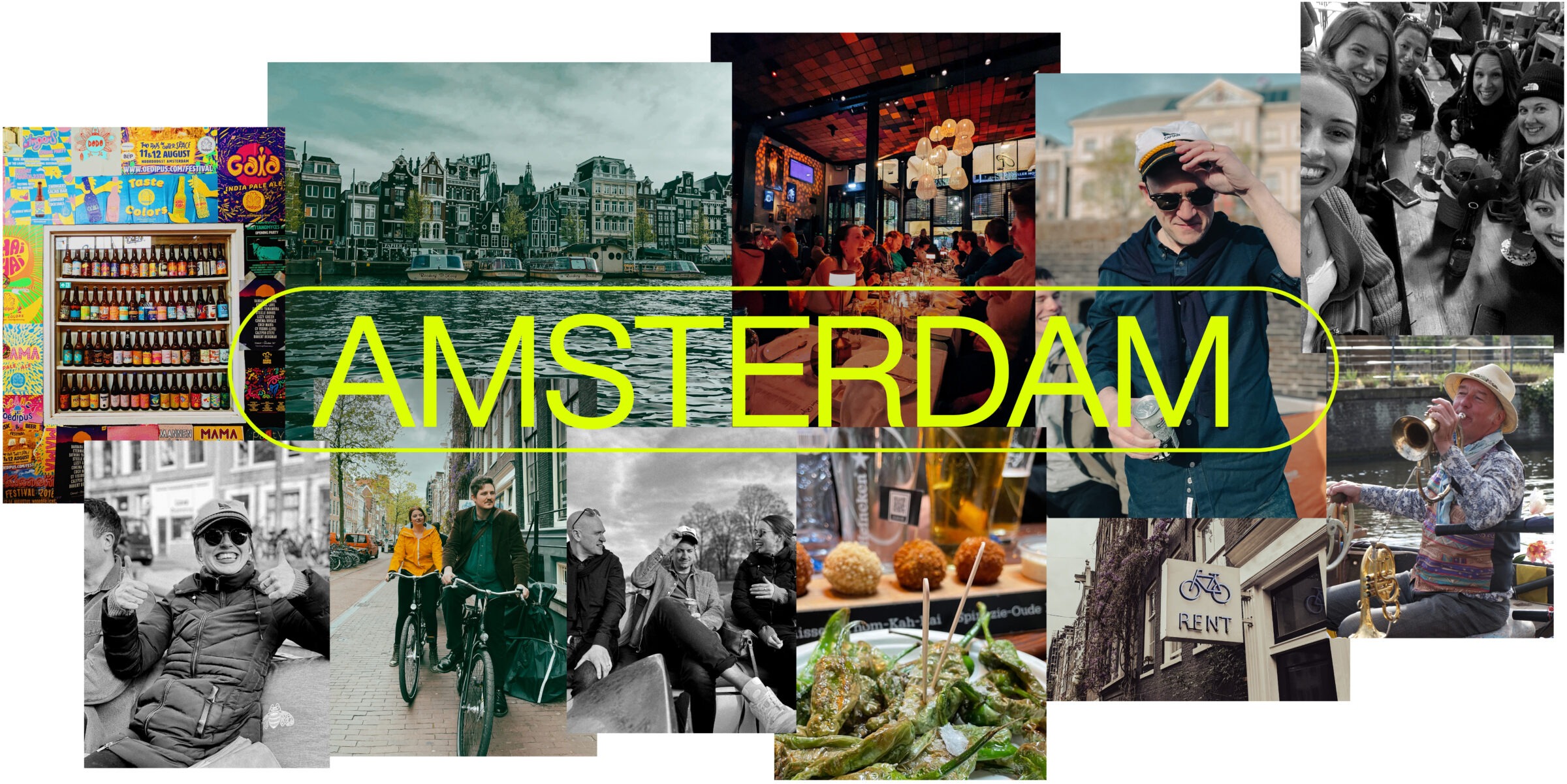 After our mini tour de Dam we had some free time – a few went to the Food Halle which sounded amazing while I met up with a friend who I worked with in my first agency job many moons ago. She now lived in Amsterdam and we’ve kept in contact all these years. That’s one of the main things that I love about agency life – the great friendships that have been made and that have been kept over the years. I guess that this comes from the fact that I’ve always worked with like minded, creative people – the kind of people that you’d want to spend a few days with in Amsterdam and share the odd sausage or two.