For a team-building away day with a difference, you could do worse than spend a weekend in the woods and on the beach with Land & Wave. Packed with challenges, lashings of learnings, laughs and pickled eggs, we couldn’t recommend it highly enough.

“Ben, as the fittest member of Team Canopy, I’d like you to arrange The First Annual Canopy Challenge.” As tenuous links go, this was up there, but flattered by Marc’s apparent sincerity, and never one to shy away from a challenge, I accepted the challenge of organising The Challenge.

As a business, we’ve come a long way in four years, when partners Sarah, Dan and Marc set up The Canopy Studio, they blew their entire first pay cheque on a Christmas party for three, not knowing whether there would be another. Fast forward four years and we’re now a tight-knit team of 16ish brilliant creative minds who celebrated the 4th birthday of the studio with an all-expenses-paid company holiday to Barcelona. It’s really not a bad place to work. 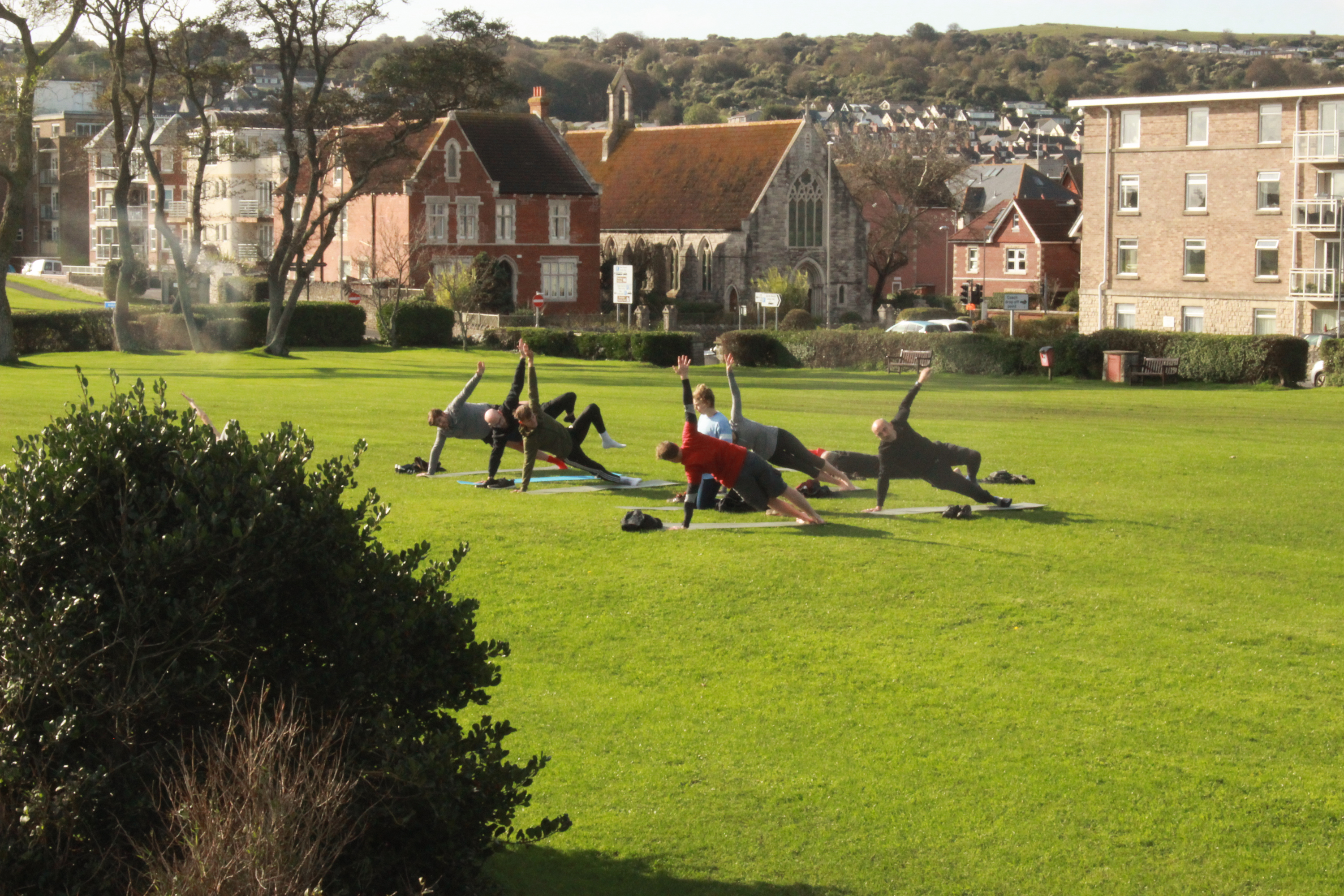 After the sun, sea and celibacy of Barca, I was keen that The Challenge would be just that; something as far removed from the comforts of the office as possible, something to get us away from our desks and screens and reconnect with nature and the great outdoors. Something that would tax both body and brain, and enable us to feel the fresh air in our lungs and the seawater up our noses. Did I have the first clue about how to organise such as challenge? No, but I knew a bunch of people who did.

I fired off a couple of quick emails to Land & Wave with the brief to organise two days packed with action. Action that would equip us well for the type of scenario where we would be faced with no choice but to live in the woods and survive on squirrels and roadkill, a zombie apocalypse perhaps, or no-deal Brexit, whichever comes first. 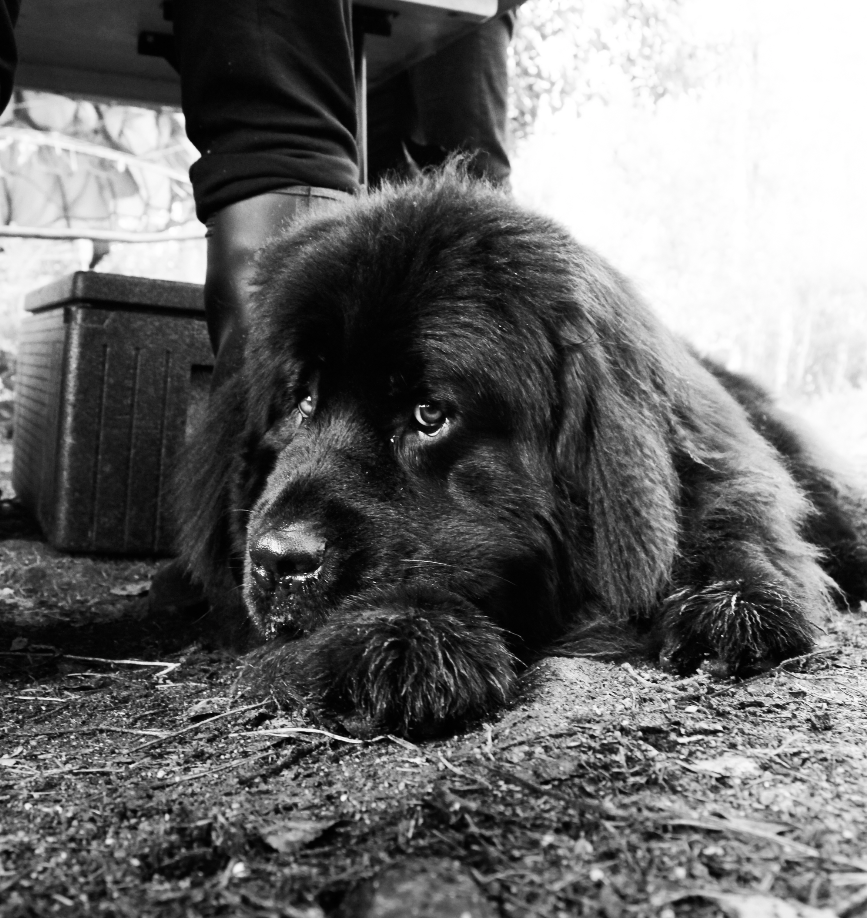 Having settled on a date in October, there were concerns that spending two days largely outdoors doing relatively strenuous activities before camping under the stars might prove a tad foolish, but thankfully Land & Wave offered to put us up in a bunkhouse in Swanage.

12 hardy souls signed up to the event, but after suffering two last minute drop-outs, The Canopy’s reputation as fearless leaders of the design and branding industry was looking decidedly shaky. Thankfully, we were able to draft in an equally fearless ringer in the form of Marc’s younger brother James. After luring him with the promise of free beer and meat, we were back up to more or less full strength.

We arrived at the rendezvous point in the shadow of Corfe Castle fully prepared to channel our inner Ray Mears, Bear Grylls, John Rambo and Merida from Brave to create a somewhat confused, yet deadly hybrid of survivalists, equipped to deal with anything the office can throw at them, and ready to survive a zombie apocalypse at a moment’s notice.

Having made the acquaintance of our instructors Sophie and Owen, our first task of the day was to skin and butcher a deer. Standard corporate away day stuff. The by-product of a necessary cull to control numbers and prevent inbreeding, the deer was also to be our main means of sustenance for the day. A number of our team were initially reticent to take part, but far from being a gruesome experience, it was fascinating to understand more about the delicate ecosystem that exists in the wild food chain and reconnect with where our food comes from. Having put the tougher cuts on to stew, we were treated to a selection of steak cuts grilled over the open fire. Deliciously rich, dense and packed with flavour, it really was like no meat we’d ever tasted. Bellies full, it was on to axe throwing.

Having proved handy with knives, we proved less handy with axes, repeatedly bouncing them off the wooden targets, detaching axe heads from handles or hurling them into the bushes beyond. Thankfully we had the woods largely to ourselves, and no passing ramblers were injured in the making of this challenge. 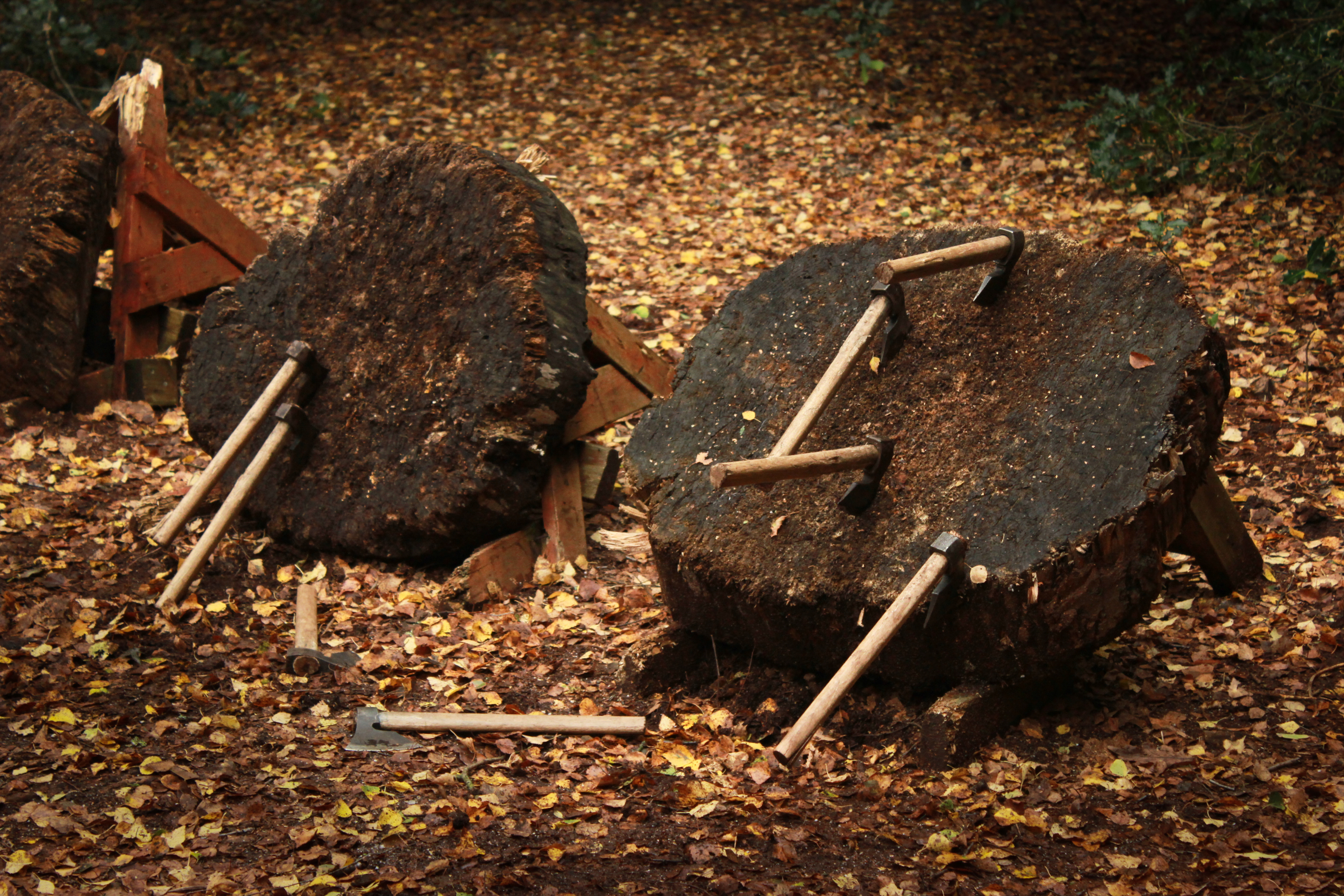 Thankfully, we proved more adept at archery, with Partner Sarah proving deadly at 30 paces and photographer Rob rechristened Robin Hood for the duration of the afternoon. Rob’s skill with weaponry proved somewhat less than his ability to start fires, potentially ruling out a secondary career as an insurance-scamming arsonist. If he ever finds himself having to fend for himself in the wild, he’ll be able to catch his dinner but won’t be able to cook it. Long after the rest of us had successfully learned how to start fires from birch bark shavings, fat wood and a flammable fungi known as King Alfred Cakes, Rob was still puffing feebly on his rapidly diminishing pile of bark shavings. 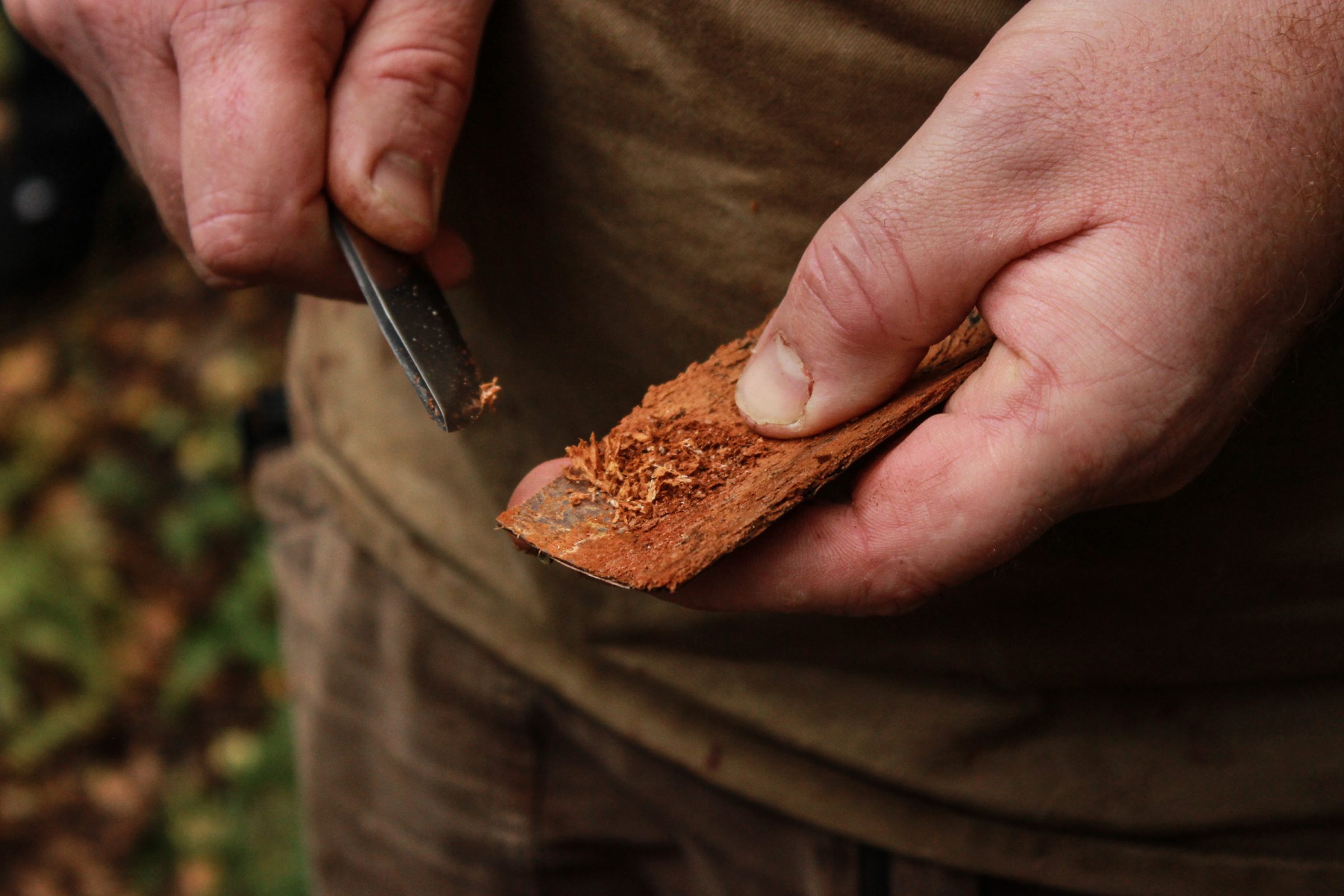 Whilst all this was going on, we city kids shivered in layer upon layer of designer outdoor gear or huddled by the fire for warmth, whilst Owen made do it nothing more than a heavy shirt and the hairs on his chest in an impressive display of immunity to the cold. The Ice Man; Wim Hof would have been proud. 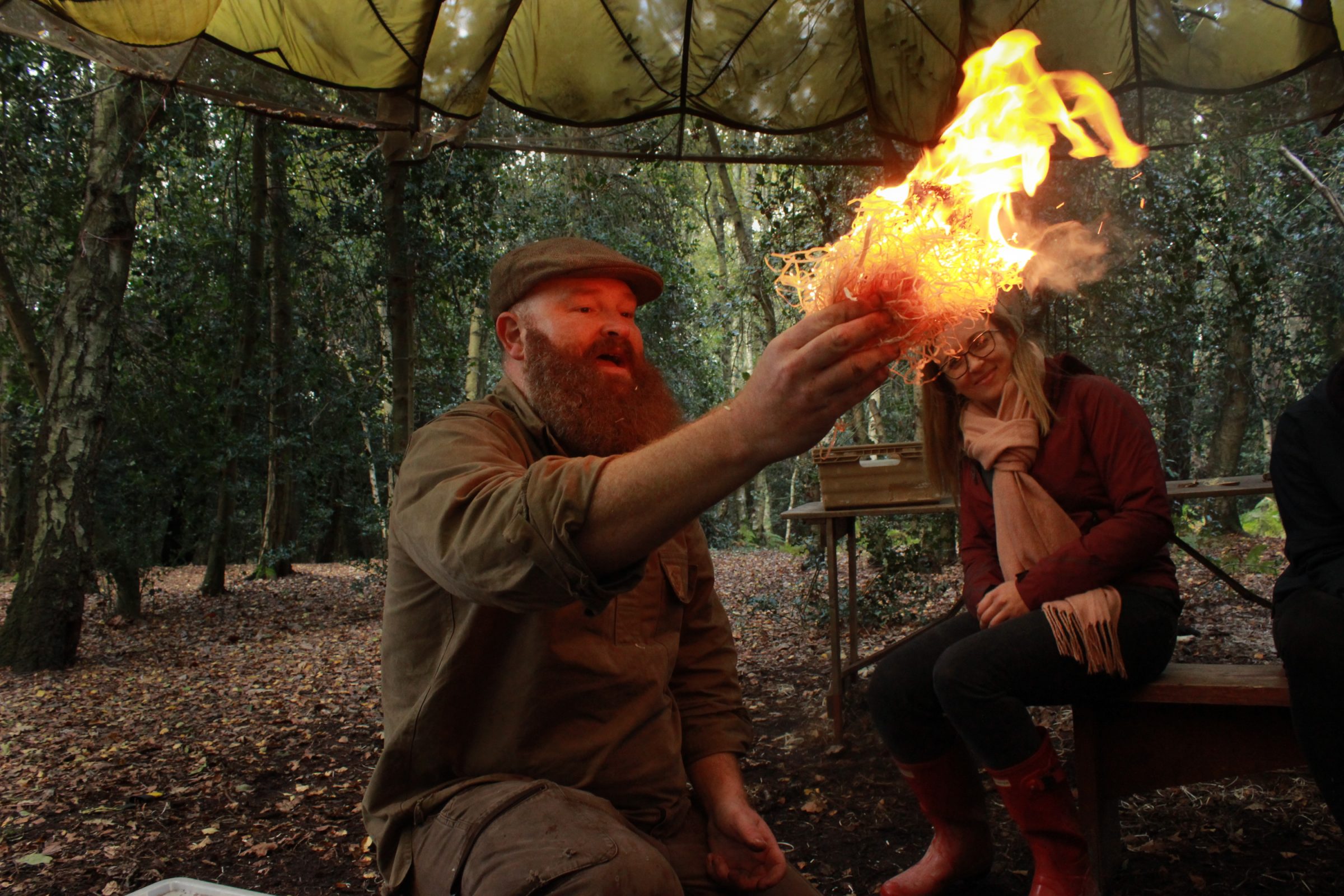 After an evening spent in the excellent Square and Compass and one or two of Swanage’s slightly-less-excellent drinking establishments, day two dawned bright and breezy. Client Services Manager Amy had spent the previous evening channelling Paul Newman in Cool Hand Luke and downing an impressive variety of pickled eggs, and what better way to nurse a hangover or shake off the effects of egg-overconsumption than with a spot of yoga overlooking Swanage Bay? Designer Joe found a better way and proceeded to pass out on his mat at the back, occasionally waking long enough to snap pictures of our bottoms, having been entrusted with Rob’s camera. Meanwhile, the rest of us were put through our paces by our fantastic, and very patient instructor Anna. 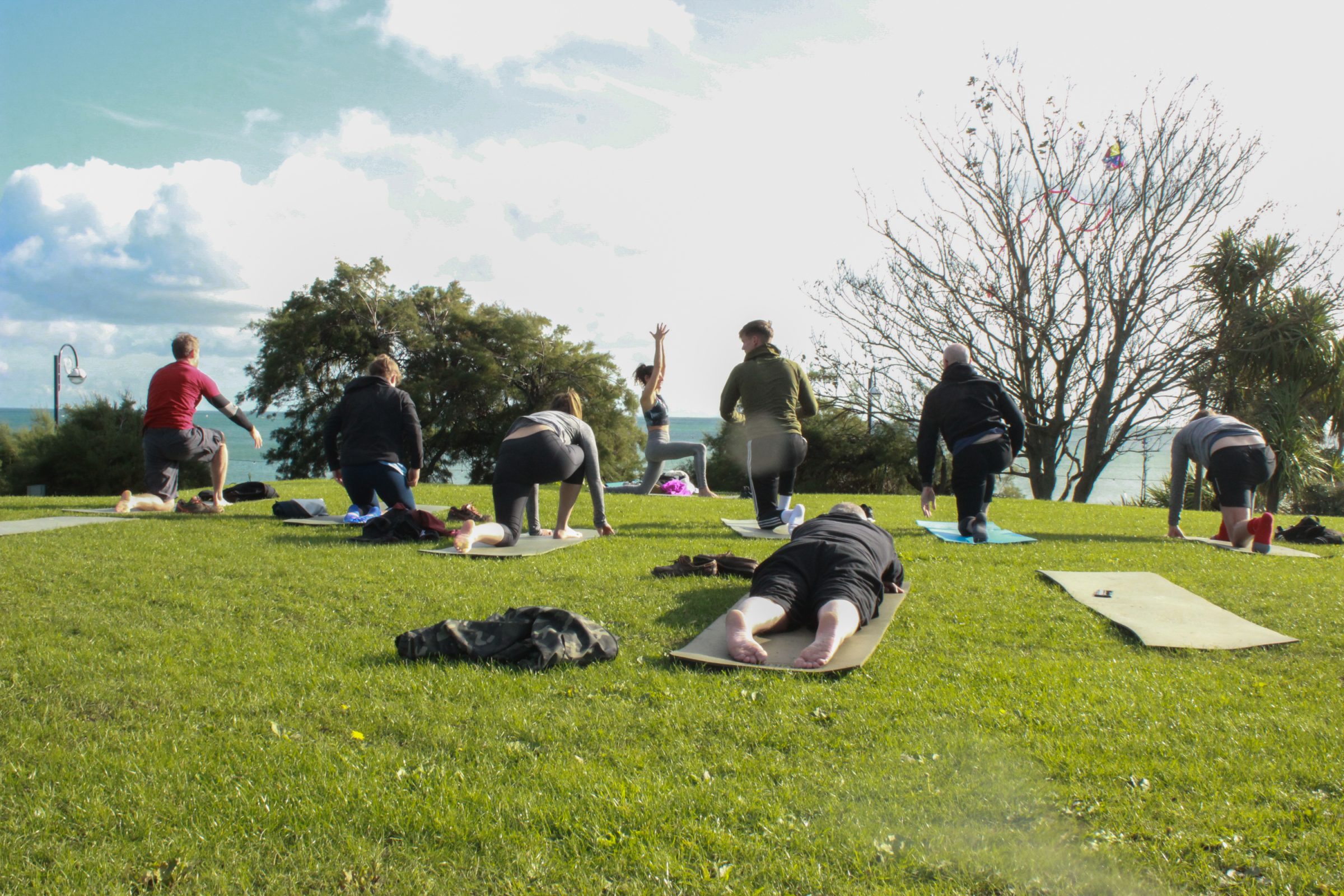 After discovering and cramping muscles we didn’t know we had, it was on to our final activities of the day; paddleboarding and body boarding. Our instructors looked on with a curious mixture of amusement and pity as we struggled into inside-out wetsuits, or attempted to pull them on backwards. Judging by the looks on their faces I’m certain they were questioning the wisdom of letting this lot loose on the water. There really was no hope for some of us. Any fears our instructors may have had proved unfounded however, as we proved as graceful in the water as we had been cumbersome on-land. A bit like hippos.

We enjoyed some games on the giant paddleboard including building human pyramids, running salmon leaps, and a royal-rumble-style last man standing. Which designer Katie promptly ruined by being a woman. Finally, we managed to catch a few waves with a session of bodyboarding, before reflecting on a fantastic few days of fun and action with a pasty the size of our heads on the journey home.